More information about Sherri's and Karen's past projects, including some of the online catalogs, can be found by clicking on the links within the descriptions. 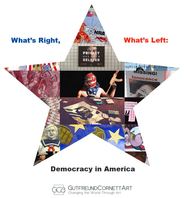 Held at the Phoenix Gallery in NYC, January 7 - 30, 2016 and juried by Dr. Kathy Battista, Founder and Director of the MA Contemporary Art program at Sotheby's Institute of Art, New York and Senior Research Fellow of the Centre for Global Futures in Art, Design and Media at the Winchester School of Art University of Southampton.
​
For more information, please go to our project page, our online gallery, and/or our press kit page. 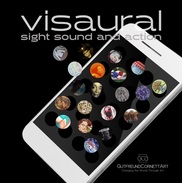 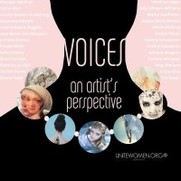 International Juried Exhibition, presented with UniteWomen.org at N.A.W.A. Gallery in NYC from April 2 – 30, 2015 with special recognitions jurors  Joan McLoughlin, McLoughlin Gallery, San Francisco and Amanda Uribe, gallery nine5, NYC.  Karen Gutfreund, Curator and the Executive Committee of UniteWomen.org, Karen Teegarden selected  NAWA Gallery, the online gallery and exhibition catalog.  Voices: An Artist’s Perspective is a feminist exhibition with 26 women artists raising their voices to tell individual stories that advocate for the fight for social, cultural, economic and political rights and the inclusion of all voices in its push for gender equality and identity using a woman’s voice as the visual narrative to effect change.
For more information, read here.

“Views from the Edge: Women, Gender and Politics”, a Women's Caucus for Art project. Curatorial award for Women’s History Month at the Sarah Doyle Gallery at Brown University in Providence, RI. March 2 to 28, 2015. A .

"Women Do It!" traveling postcard exhibition, presented by the  International Caucus of the Women's Caucus for Art, February 2015 through 2016,  supports both the UN Women’s HeForShe campaign and the upcoming 2015 Commission on the Status of Women’s Beijing+20 Conference in their efforts toward advancing women’s rights and gender equality in society, economics and politics.  Co-directed by Sherri Cornett and Priscilla Otani.
​
​For the online gallery, click here. ﻿ 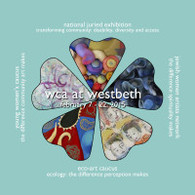 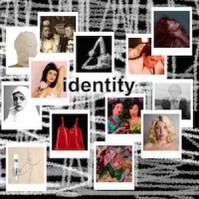 International Juried Exhibition, presented by the Women’s Caucus for Art at gallery nine5 from May 31 to June 22, 2014 with Anne Swartz and Maria Elena Buszek as jurors. “Identity” is an exhibition that address identity: In a world dominated by pop culture, society and the media – how is identity defined? Anne and Maria chose 25 works from 21 artists to be shown in gallery nine 5 and an additional 85 featured in the catalog. 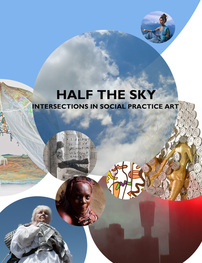 "Half the Sky: Intersections in Social Practice Art"- an exhibition and cultural exchange between   US-based and Chinese artists, under the auspices of the International Caucus of the Women’s Caucus for Art, was held at Luxun Academy of Fine Arts in Shenyang, China in April 2014. Project director Sherri Cornett, co-director Jing Deng and a team of twenty volunteers developed a framework that included an exhibition, a delegation of thirteen U.S. artists, interactive community building and activist events within a larger socially engaged focus. U.S. works were juried by Alma Ruiz. Chinese works were curated by Wang Yi Gang and Yin Ou Zhao.

For the press kit, which includes slide shows of the art and cultural exchange, click here. For the online catalog, click here. ISBN 98-1-939637-03-1 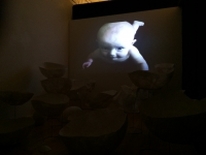 “Though the Eyes of the Mother” at the Korean Cultural Center of Chicago from February 8 – 15, 2014. Karen Gutfreund co-curated this exhibition with Hey-Seong Tak Lee portraying the work of Korean and American artists.
For more information, go here.

“Equilibrium, Art for a Changing World” - a Women's Caucus for Art project at Woman Made Gallery, Chicago from January 17 to February 27, 2014 with Beate Minkovski, Executive Director of Woman Made Gallery and Mary Stoppert, Artist as jurors. 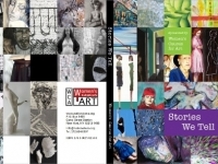 “Stories We Tell” - a Women's Caucus for Art project at the Phoenix Gallery, New York City from September 4 to 28, 2013 with Jessica Porter, Owner, Porter Contemporary as juror. 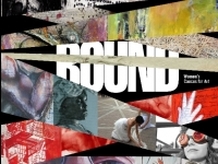 “Bound” a Women's Caucus for Art project at the Phoenix Gallery, New York City from January 30 to February 23, 2013 with Cora Rosevear, Associate Curator of Painting and Sculpture, The Museum of Modern Art as juror. 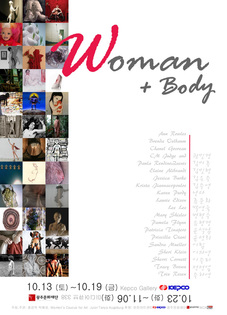 "Woman + Body", a project of the the International Caucus of the Women's Caucus for Art, explored the range of sexual identification - female, transgender, and male - with a contemporary, 21st century view. This collaborative exhibition between South Korean and U.S. women artists was directed by Gwangju-based curator Hye-Seong Tak Lee and co-directed by Sherri Cornett, Chair of International Caucus of the Women's Caucus for Art. U.S. works were juried by Tanya Ausburg. The exhibition was held at the Kepco Art Center Gallery in Seoul, October 13-19, 2012, and at MediaCube 338 in Gwangju, October 23-November 6, 2012. 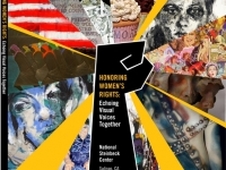 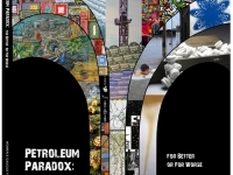 “Petroleum Paradox” - a Women's Caucus for Art project at Denise Bibro Fine Art, New York City May 24 to June 23, 2012 with Eleanor Heartney, Contributing Editor of Art in America and art press as juror. 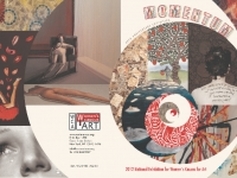 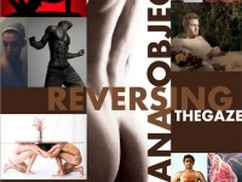 “Man as Object: Reversing the Gaze” at the Kinsey Institute Gallery, University of Indiana, Bloomington, Indiana from April – June 2012 with 40 of the original 117 works chosen for this gallery. A  Women's Caucus for Art project. 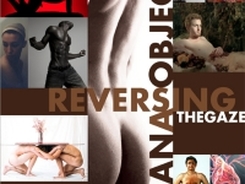 “Man as Object: Reversing the Gaze” at SOMArts Cultural Center, San Francisco from November 4 to November 30, 2011 with Tanya Augsburg, Associate Professor SFSU as juror. A Women's Caucus for Art project. 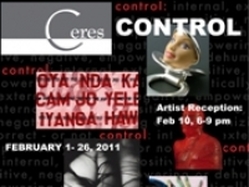 “Control” at Ceres Gallery in NYC,  in February 2011 juried by the Guerilla Girls West. A Women's Caucus for Art project. 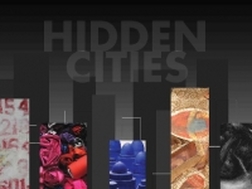 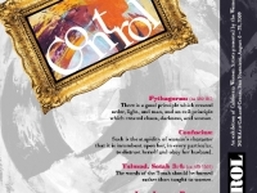 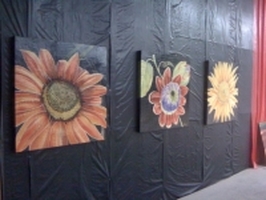